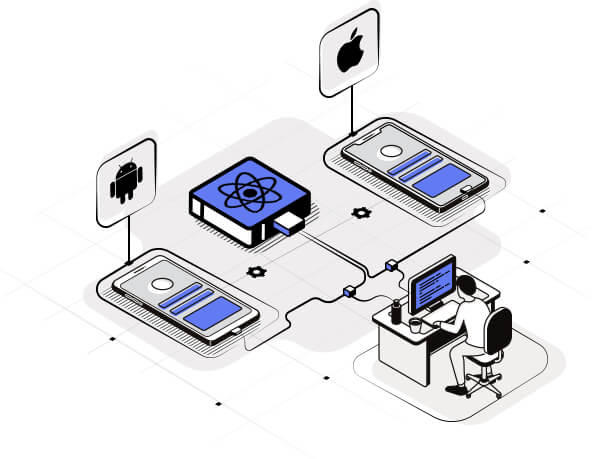 Facebook introduced React Native in 2015 to solve the problem of poor performance in hybrid mobile apps. Here at IT Master, we experimented with this framework for a few months before using it for building our clients' projects. React Native proved great in the production environment. Today it's our main technology for building mobile apps.

The same code on iOS
and on Android

React Native provides a native-like user experience. Unlike other cross-platform tools, it uses real native components and APIs to interact with the JavaScript code. Facebook provides some UI components to React Native, the community creates others. And we can always build a custom component from the ground up.

Support one code base
instead of multiple

Bug fixes, regular updates, new features – after your app is launched, you need to support it. With React Native you have one code base to support. Even if some separate components might need different treatment for iOS and Android, the amount of time and effort that goes into app maintenance is greatly reduced.

React Native and native
can both live together

React Native allows you to move mission-critical application parts from this framework to pure native code. You can also add a single view written in React Native to your existing native application. You are free to choose which components to use from the React Native library and which to build from scratch with native code.

Native feel & fast performance – your app has all it needs 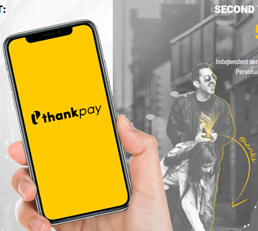 ThankMe allows businesses to thank and reward their customers and allows users to tip, thank, and support each other. The app includes native features such as push notifications, Bluetooth, and a camera. We've built it really fast using React Native for both platforms.

We built WebRTC while experimenting with React Native. But it has become a reliable video conferencing solution that you can use in your own project. The code that WebRTC runs in the browser can be shared on mobile using the same API.

What can be accomplished in mobile app development with React Native?

Though React Native is a few years old, it's a mature enough technology for cross-platform mobile app development. It works perfectly well for the following types of projects:

01 A prototype or MVP

We often recommend React Native to our clients who need fast MVP development services. MVP with React Native won't blow your budget and will allow you to provide the experience that meets your user's needs. Making tweaks and updates to your prototype is twice faster with React Native.

02 A mobile app for an existing web app

React Native is a perfect choice if you need to convert your web app running React into a mobile app. It's fast and easy to build such an app because some source code can be reused. We highly recommend using React Native for building mobile apps that are an extension to a web product.

How we build mobile apps at IT Master Soft

If you want to hire our React Native development company, here is what our process looks like.

Tell us about your needs. Our React Native mobile app developers will gather all your requirements and build a project plan.

Get builds delivered to you every two weeks. Our project development consists of short iterations that end up with a working build.

Release your product. We'll help you make your app ready for the market by thoroughly testing it and supporting your launch.