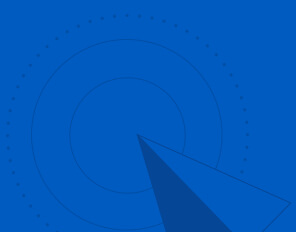 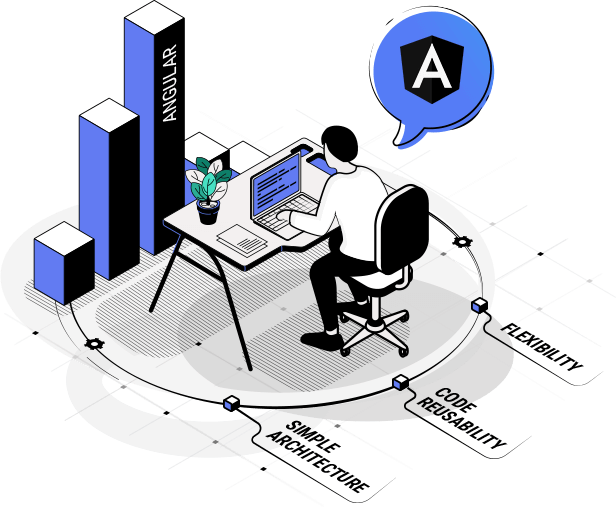 Google released AngularJS (Angular 1) in 2015. In 2016, there appeared a new version of Angular. It didn't only drop the “JS” from the original name – Angular 2 came with a substantial change in the structure. Complete and powerful, today Angular rules the enterprise world. We've been using it for building both web and mobile apps for our clients.

The best choice for enterprise

With its out-of-the-box functionality, embedded security features, and component-based architecture, Angular is a perfect framework for building enterprise-grade applications. Here is why we think you'll like it.

Unlike other tools such as React and Vue which require third-party libraries to create basic functionality, Angular is a fully-fledged framework. Angular lets you streamline your project development because all of the core pieces needed are in place so you can get up and running immediately.

Angular-based projects consist of reusable components, independent of each other. Component-based architecture in Angular helps you save a lot of time on development, makes your app easy to modify and maintain, and provides consistency to your large software applications.

Angular is used on many platforms. We can help you develop an Angular app that runs across the web, native mobile (using Cordova, Ionic, or NativeScript), desktop (using Electron). And we can use Angular to develop a PWA, a solution that delivers an app-like user experience in the browser.

You might have heard that SPA and SEO don't go well together. Single-page apps add content to pages dynamically with JavaScript, and crawlers don't run the JS code. But Angular has a library called Angular Universal that allows for server-side rendering letting you build SEO-friendly SPA.

Reliable for years to
come

Angular is built by Google and supported by Google, which means the framework is here to stay for years to come. Angular also has established a huge community of developers who contribute to improving this technology by adding new libraries. It's always a good idea to build an app using reliable tech.

If you want to build your app using Angular, expect it to be secure, easily maintainable, stable throughout the code base, and seamlessly scalable. 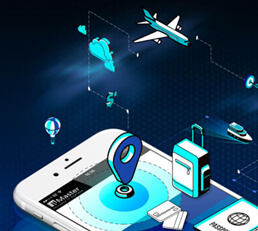 Real estate app
for finding a home or apartment

IT Master Soft worked with a company from Thailand to build a real estate application that allows people to find an apartment or a house for rent or sale. 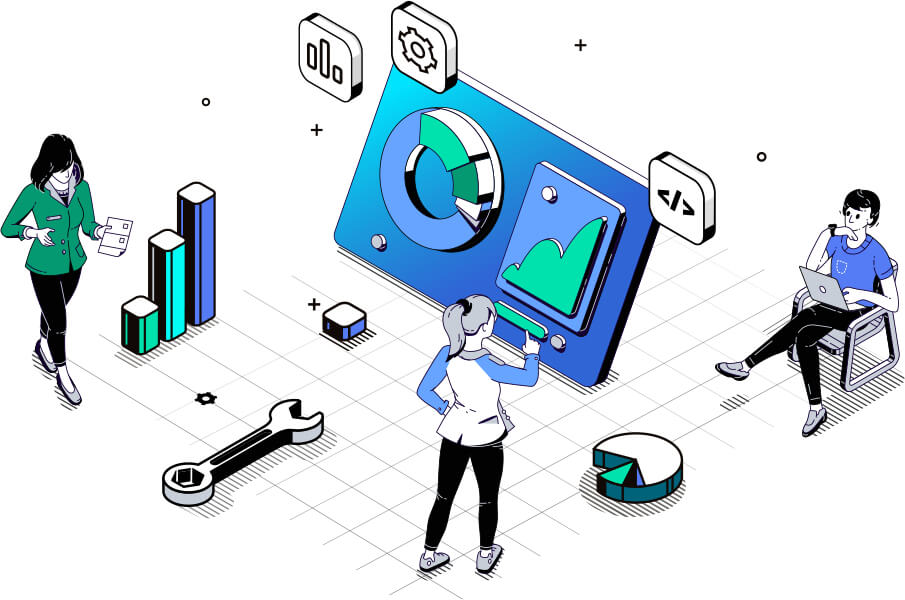 We helped develop an app using Angular that helps a German company run its marketing campaigns. Using the app, the company members can recruit supporters and identify constituencies with fewer supporters where they can concentrate their efforts.

What is Angular best used for?

At IT Master Soft, we don't only provide Angular development services. Our front-end tech stack also includes React and Vue. As we've seen, Angular is the best fit for enterprise projects and for building single-page applications.

Angular might be a bit too excessive for building small and simple apps. If your app is small, we'd recommend you to view our React and Vue development services. Slick tooling and efficient architecture make large companies stick to Angular. If you're one of them, choose Angular.

Looking to build an app using JavaScript? Angular is the best tool for the job. We can help you build an app for iOS and Android using Ionic or Cordova. Cross-platform app development allows you to increase time to market and reduce the cost of app development.

Remember the websites of Twitter, Netflix, or Facebook? They are all single-page applications. These apps feel fast and are super simple to deploy. Angular is defined in the SPA framework. If you build your app using Angular, it's going to be a single page application.

Have a website, and looking to add some new functionality to it? We can develop isolated modules independent from each other that will integrate into your existing software. Angular modules are fast to build and easy to maintain. They don't interfere with your existing logic.

Build your large-scale app with Angular. Develop your growing startup with React.

How we build web apps at IT Master Soft

If you want to hire our Angular development company, here is what our process looks like

This is a kick-off meeting for our Angular developers needed to understand the context of your product and its goals.

As soon as we put together a project roadmap, we can start. You will get a build delivered every two weeks, at the end of each sprint.

When our backlog is finished and your app is fully tested, we launch it on the app stores. Then, we can support it if needed.

Want to build an Angular app?

Get a free quoteContact us!